No doubts that a wireless microphone is more comfortable in usage. With the development of new technologies, we are still getting new advanced tools and try to learn how they actually work. It is never extra to know how your microphone is built, in case it breaks and you need to bring it back to life.

So how does the wireless mic actually work? The answer might not be as simple as you think. In fact, the connection between the microphone and the airplane have something in common.

You may also like: How to set up your microphone for recording 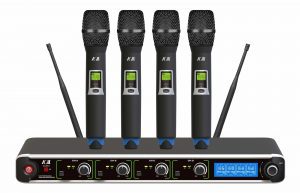 What is frequency-agile? Well, some wireless mics have a fixed range of frequencies and they are not going to operate at different levels. And there are mics that can be connected to different radio channels which make the frequency customizable and thus, give you more possibilities.

The wireless microphone system consists of two parts: the transmitter and the receiver. The transmitter is the thing that you hold. You can actually see it if you are open the head of the mic. The radar is usually situated at the bottom of the mic. If you look there, you will see the name of the manufacturing company and the radio type that this microphone uses to transmit the signal.

When you speak or sing your voice is converted into radio waves of different frequencies. If you would take all the core out of the mic you would see that inside it has the metrics of frequencies all way down to the body length. You will find the same range of frequencies noted on the receiver.

There are also different types of receivers. Some of them are really elaborate, with many stations to catch the signal and numerous leverages and screens, and others are just simple single-level receivers that are meant to work for a single microphone. 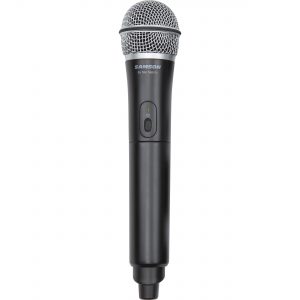 The transmitter usually has the non-diversity that uses a single antenna (and you don’t even see it, because it is built inside the receiver itself). And then there is something called “diversity” which has two antennas, which has two components to receive the waves and transmit them to the receiver, and then get the audio as the result. There is also a “true diversity” type of wireless microphones and that’s probably the best one.

There you got two antennas like in a normal diversity except they work independently of each other. It is better in the sense that if one antenna isn’t functioning, the second antenna steps into the game. Thus, it is a much more reliable system.

This is the case for “traditional” microphones that you usually hold in your hand during the performance. But what about those mics that you fix across your head? Well, these microphones work in a very similar way, but there is one more aspect of it. Probably, when you saw live performances where people use these microphones, you could have noticed – there is something clipped on their backs. 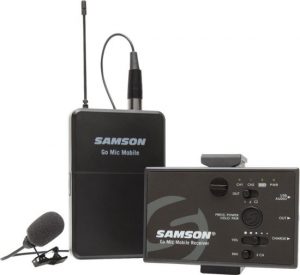 That is the transmitter part that these kinds of microphones usually have. That’s how the signal first goes to this transmitter and then to a receiver. Sometimes you can even see people wear two of there transmitters. In this case, the second one serves the purposes of sound monitoring, which is also essential during the performances in front of a big audience. These are called the bodypack transmitters. And in this case, the microphone is usually connected to a transmitter with a cable. 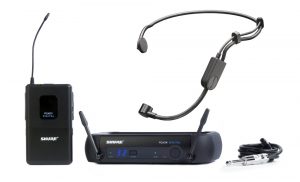 In different countries, there are usually different organizations that regulate the radio signals of different tools. They are also those who would give you the license. In case you are interfering with the radio signals illegally, these people are fully eligible to fine you for a considerable sum of money.

That’s why before buying any wireless microphone you first need to check the regulations in your country and then see the mic tech’ characteristics.